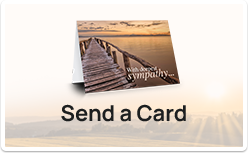 George Jackson “Jack” O’Neill passed away peacefully in the evening of December 28, 2021 with his beloved wife, Toni, by his side.

Jack O’Neill was born at home in the Burholme neighborhood of Philadelphia, PA. Following his graduation from Frankford High School in 1945, he enlisted in the U.S. Navy where he trained as a pilot. His time in the Navy enabled him to follow his dream of attending college, and he graduated from the University of Pennsylvania Law School in 1953.

Jack believed in the possibility of change through action and felt that a lawyer had some of the best means to make change at his fingertips. He was a lifelong member of the ACLU and was acknowledged for his work in the Civil Rights Movement by the NAACP. His belief in fair representation took him to Jackson, Mississippi in 1967. It was still a hotbed of racial unrest after the assassination of Medgar Evers in 1963, but he felt it was his duty to provide legal assistance to anyone who would not have been able to hire a lawyer who had their interests at heart otherwise. He always championed the underdog in society and tried to give them a hand up.

From his first marriage in 1951 to Arlene Nehring, Jack had four children: Kathleen O’Neill, Eileen (O’Neill) Bilynsky, Michael O’Neill, and Joyce (O’Neill) Hammerschmidt. He often spoke about the unique differences and talents of each: Kathleen for her art, Eileen for her curiosity to learn about everything, Michael for his musical abilities, and Joyce for following in his footsteps in fighting for social justice. He cared deeply about each one and did his best to ensure they had a good foundational education and opportunities to learn and grow so they might have a good life.

In 1971, Jack met the love of his life, Toni (Hainey) Corwell. They married in November of 1975 and spent the next half century living, working, and enjoying life together. Toni brought two daughters to the marriage, Jackie (Corwell) Kreshover and Patti (Corwell) Fay. He loved each of them as his own. Toni joined Jack in his independent law practice, and he often credited her hard work and resourcefulness for his successes. They loved traveling and taking vacations in the camper with kids and grandkids, making several trips with them to Disney World. Later they drove on their own across the U.S. to Vancouver, BC, Canada and down the West Coast to San Diego–a trip they talked about for many years after. They enjoyed many cruises together, and these became Jack’s favorite vacations because of the food and all of the friends they made. They always enjoyed a very rich social life with friends and family, whenever possible.

A memorial service will be announced at a later date.

To plant memorial trees or send flowers to the family in memory of George O'Neill, please visit our flower store.

To the O'Neill Family,
I am very sorry for your loss. You are in my thoughts and prayers.

The Davis Family lit a candle for George O'Neill

George was a good generous friend and good professional lawyer.
I had a chance to meet him and Toni at one of his Offices where he made it a career in doing cases representing the weak in tough legal trials.
Very respected in the legal community and a true old fashioned gentleman.
Him and Tony where always present for my kids memorable moments, and we loved having them with us.
He organized and gave me birthday parties and has been a point of reference in all my yearly trips back in the USA.
Me and my wife Anna will always have his smile and understanding inside our hearts ♥️.
ARRIVEDERCI George.